The Vero Beach Island housing market, which is always highly sought after, became an even hotter commodity in 2017.  After a few sluggish quarters in 2016 held down sales numbers for last year, 2017 saw no such lull in activity. Inventory dropped in most housing segments but two market segments showed significant decreases. Homes priced under $500k are becoming a thing of the past with inventory at only a three month supply. Overall sales and units were up over 10% and average prices increased 8%.  It would seem likely that a 6-9% increase is again likely in 2018. The condo market brightened in 2017 and was also relatively strong but buyers continue to have their choice with healthy inventory levels at all levels of the condo market. 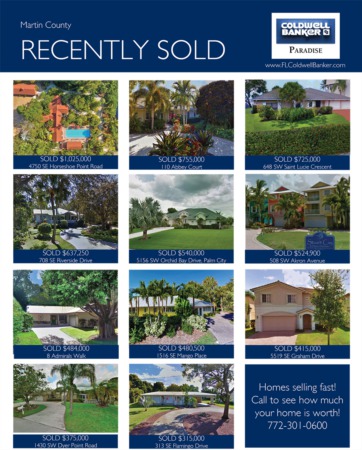 In Martin County, single-family home sales stayed nearly the same as compared to March 2017, however the median sale price increased by 3.8% to ...Read More 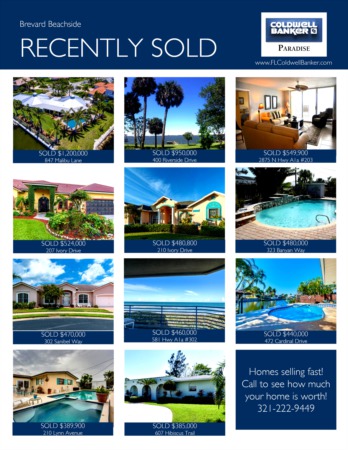 The beachside market in Brevard is a healthy growing real estate market. Sales for the 1st quarter are up 10% and prices overall are up over 8% from ...Read More 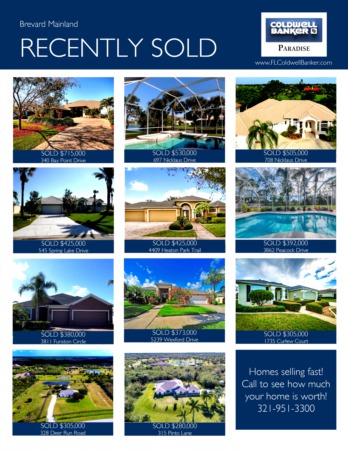 With a healthy and rapidly growing jobs market, Brevard is a very strong housing market. The average sale price has increased to about $250,000, up ...Read More